When Nike tapped Warner Bros. and the Looney Tunes for the Air Jordan marketing campaign in 1992, they created a limited run of Bugs-molded VIIs for promotional displays.

Above is a close look at one of the Bugs VIIs in a Cardinal-like colorway. Not only is the shoe oversized, but the toebox was designed to fit the toes on a rabbit’s foot. You’ll also notice JumpBugs embroidery along the ankle. An equally rare ‘Bordeaux’ version also exists.

Would you like to see Bugs return for next year’s 30th Anniversary celebration? 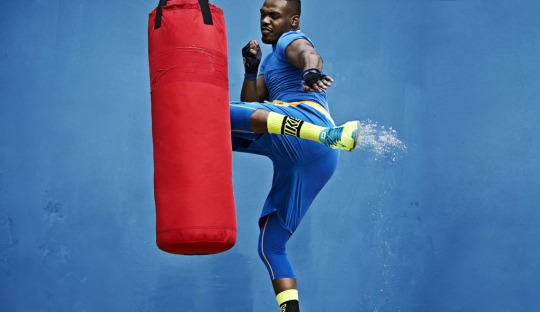 If you’re an athlete signed to Nike, now is a good time to stay out of trouble.

Earlier today, UFC light heavyweight champion Jon ‘Bones’ Jones took part in a disciplinary hearing in front of the Nevada State Athletic Commission. The hearing was in regard to a brawl that broke out between himself and Daniel Cormier during a UFC 178 media day appearance in Las Vegas last month. In his testimony, Jones admitted that the brawl has already cost him lucrative opportunities, including his six-figure endorsement deal with Nike.

“I’ve lost a very big endorsement of mine, one of my biggest,” Jones told the NSAC. “My Nike deal.”

Jones signed with Nike in August 2012. The brand has released sneakers and t-shirts bearing his name.

Over time, the pre-fight brawl has become part of the spectacle in combat sports. Typically, fighters do a little jaw jacking, get in a shove or two and things are “broken up.” However, Jones and Cormier have genuine hatred for each other, and they couldn’t be stopped in Vegas.

Jones later pulled out of the fight, which was originally scheduled for this weekend, due to injury.

While the brawl clearly caused an uproar, dropping a fighter for fighting seems a bit over the top. Could other factors have played into the decision? In 2012, Jones plead guilty to a misdemeanor charge of driving while intoxicated. That incident, combined with recent troubles with NFL athletes and Olympic sprinter Oscar Pistorius, may have convinced Nike that it was time to pull the plug on the partnership.

Nike has a history of standing by athletes during times of adversity. Kobe Bryant, Ben Roethlisberger and Tiger Woods are among the star athletes that have maintained a working relationship with the brand in the midst of PR disasters. Nike was also squarely behind Lance Armstrong until he finally admitted to doping last year. The new age of transparency and social media may be forcing the company to change the way they go about dealing with their partners.

These babies also go perfect with our Fully Laced “Ferrari” tees. Available in red, white, and black in-store and online. 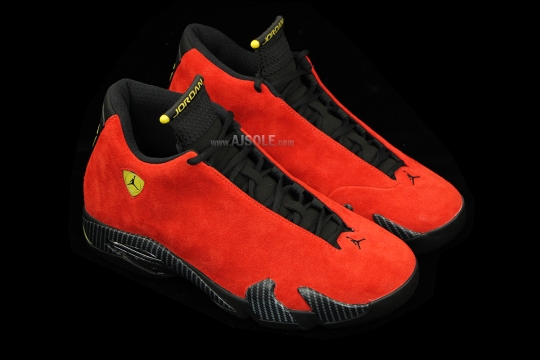 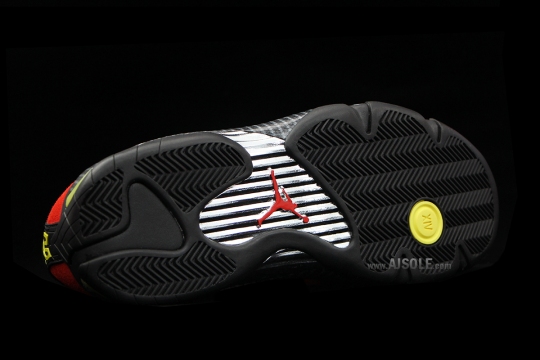 * via The Shoe Game
http://theshoegame.com/articles/air-jordan-14-ferrari-detailed-images.html

Check out what Sole Collector says about the LeBron 12s :

“The Nike LeBron 11 has had an interesting run, to say the least. While it was a huge hit aesthetically, its lack of on-court presence may ultimately define its legacy. Today though we have the first look at the next shoe in the line: the Nike LeBron 12.

While we can’t confirm the legitimacy of the sample pictured here, we can confirm that this is the shoe. The upper appears be constructed of a composite mesh, while independent, piston-like bottom loaded Zoom bags, along the outsole provide the cushioning with a lower ride.

What are your initial thoughts on this model? How does it compare to the 11? Do you think the performance issues have been worked out, and that we’ll regularly see this one on court?” 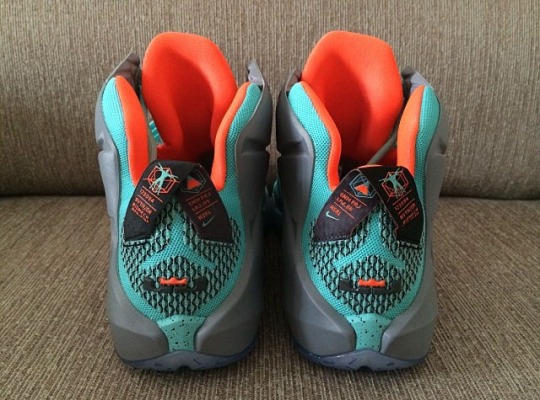 What do you think about the new Air Max Lunar 1s? Check what Nike said about them:

The Air Max 1 changed how the world saw cushioning; 27 years later, the time has come to change it once more.

“The revolution is reignited with the debut of the Nike Air Max Lunar1. In 1987, the debut of Visible Air changed the consumer’s connection to performance shoe design by revealing the innovation. In 2008, more than two decades later, Nike Lunarlon technology redefined cushioning by taking comfort and support into the space age with a new kind of responsive foam ride.

In both designs, whether it was the window to the sole highlighted by a boldly colored rand or the beveled ribs of Nike Lunarlon amplified in bold neon, the sole became the star.

Innovative no-sew construction strips away the original paneling but retains the classic silhouette and familiar details that defined the original Air Max. Breathable mesh panels maintain the commitment to lightweight comfort that links every aspect of the Air Max Lunar1.” 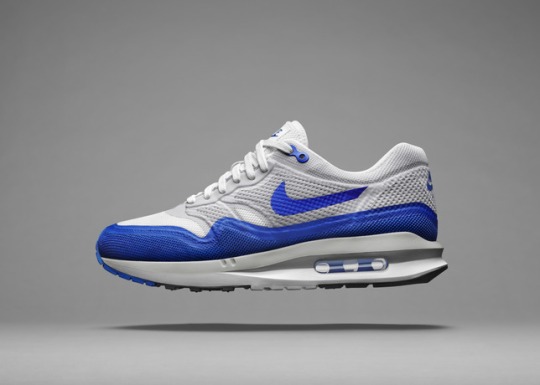 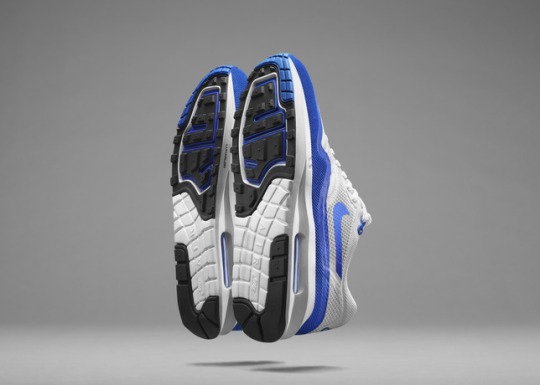 Legend has it that lightning never strikes the same place twice.  Fact is, neither does Kevin Durant; he strikes from everywhere on the court.

Nike has designed Durant’s seventh signature shoe to the specifications of the reigning Most Valuable Player and one of basketball’s most dynamic stars. The KD7 combines leading performance innovation with a colorful narrative pulled from Durant’s fascination with meteorology that began as a child and continues today.

Durant teamed with Nike designer Leo Chang to create the KD7, a process that began 18 months ago.  The challenge was trumping the KD6, Durant’s favorite shoe to-date and the model he wore in his MVP season while averaging 32 points per game and winning a fourth scoring title.

“It’s been a great journey with Nike and I’m confident giving Leo specific feedback on what I’m looking for in a shoe,” said Durant.  “For the KD7, I really wanted a shoe that allowed me to move quickly, while having great support and stability. I also wanted to bring back the strap.”

Chang’s performance objective for the KD7 was to provide Durant with the quickness and forefoot flexibility typically reserved for a point guard, combined with the stability and support in a shoe designed for a power forward.

Chang accomplished this “best of both worlds” design challenge by using seamless forefoot mesh, dynamic Nike Flywire technology and encapsulated Nike Zoom in the front of the shoe. Bridging the transition between the forefoot and heel is a midfoot strap. Chang combined Hyperposite support in the heel with a newly developed visible Nike Zoom Air bag for responsive cushioning.

The Hyperposite technology, making its debut in KD’s signature line, provides the reigning MVP with support for his evolved post moves and rebounding. The distinct Hyperposite look, an evolution to the original Foamposite, is also a nod to KD’s Maryland roots. His hometown region, affectionately known as the DMV – DC-Maryland-Virginia – has an ongoing love affair with Foamposite, which debuted two decades ago with the launch of the Nike Air Foamposite One in 1997.

KD’s childhood interest in pursuing a career as a meteorologist first inspired the KD4 Weatherman colorway in 2011. The theme was incorporated into his fifth and sixth signature shoes and continues to take shape with the KD7.

The KD7 colorway narrative begins with lightning, and more specifically the average temperature of a lightning strike – 35,000 degrees Fahrenheit. It also builds on KD’s insight of wanting to be lightning-quick.

The KD7 35,000 Degrees colorway features a bright mango upper, volt outsole and hits of deep grey to represent the electric nature of lightning strikes. Stratospheric graphics and nods to lightning also appear on the sole and Swoosh.

Personal cues are featured on each of the KD7 colorways: a silhouette of his homestate of Maryland is embedded on the outsole; and the forefoot strap includes the names of his mother Wanda, his grandmother Barbara, his father Wayne and his brother Tony.

Each of the five KD7 colorways this season will continue the weather-centric theme. The storylines were previewed at the KD7 global launch webcast today, with additional details coming tomorrow.

Before the highly anticipated holiday Air Jordan 11 release, the Jordan Brand may be bringing back another classic for Black Friday.

Below are early images of the Black/Infrared Air Jordan 6, last released as part of the ‘Infrared Pack’ in 2010. While there aren’t any detailed shots yet, the shoe is accented by a more accurate shade of infrared than the last drop and appears to feature the 3M reflective underlay that was absent. We’ll surely get a better look shortly.

As of now, you can expect this release to go down on Friday, November 28. 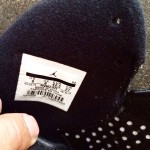 In recent years, we’ve seen Marc Dolce resurrect the signature sneaker lines of Nike legends like Charles Barkley and Penny Hardaway. The designs typically speak to the heritage of the lines, while introducing modern elements.

If you’re a fan of Dolce’s work, and also happen to be a fan of the Air Pippen signature line, you’ll be happy to know that Marc and Scottie Pippen have come together to work on an all-new sneaker.

On Instagram earlier today, Pippen shared the photo below, along with the caption, “Designing Pippen 6 w/ Marc Dolce. Coming soon!”

It’s exciting to see another brand legend back in the fold and working on a new shoe. What do you hope to see on the Pippen 6? Let us know in the comment section and stick with Sole Collector for updates.

Today’s news brings us our first detailed look at this year’s upcoming release of the ‘Sport Blue’ Air Jordan 3 Retro.

The all new retro from the Jordan Brand takes on an OG-inspired look with a black leather build and classic elephant print overlays. Grey nubuck appears to take care of the tongue, while sport royal handles the tongue and collar lining, eyelets and parts of the midsole below. 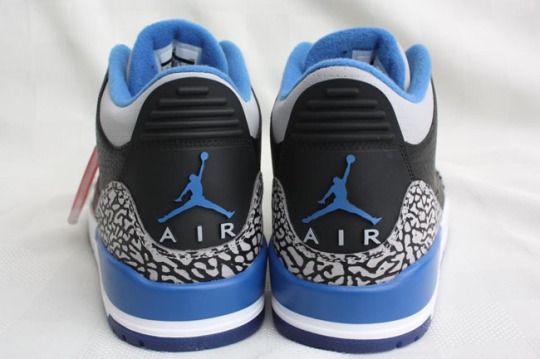 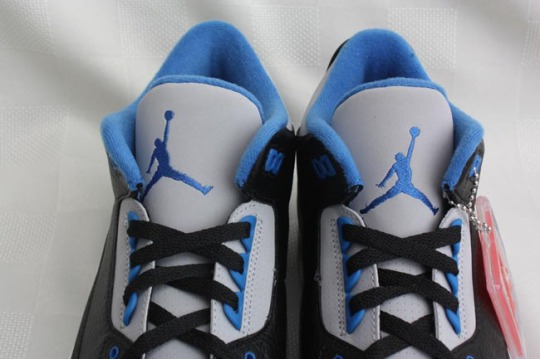